Giving pride to the women of the outdoors

How this Hairbrained Idea Originated:

So, there we are, fishing for bluegill yet again…Have I mentioned, we love fishing for bluegill? Why? Well: One, it takes a good amount of skill to catch those little buggers (imagine trying to catch a mouse loose in a hoarder’s house and you’ll have a good idea as to what the process entails); Two, they make incredible catfish bait (and I am always chomping at the bit to go catfishing) no matter if they’re alive or dead; and Three, they require very little in the way of supplies/equipment…So, anyway… 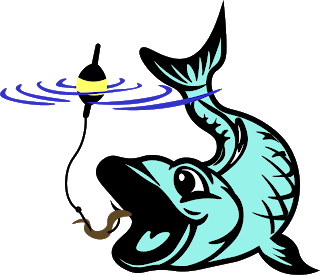 We were fishing the “standard” bobber with hook and worm setup. Between the two of us we had as many as four poles going at a time, which became rather difficult when the bite was hot. We are never good at keeping track of time when we’re fishing, so we had no idea how long we’d been out there, but we dug into the container to re-rig our setups when we discovered we were completely out of worms.

I know, I know; no big deal, just go to the store and get another container or two…Except:

So, dejected and rather disappointed in myself for not being better prepared, we headed home. 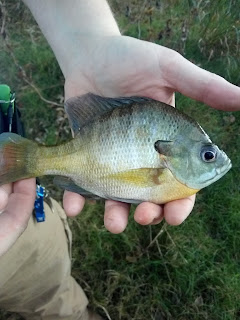 On they way, I started thinking about this dilemma. It wasn’t the first time we’d run into the problem. It wasn’t the first time I’d been disappointed with the circumstance…Needless to say, I’m rarely ever “ready to go” when we finally call it quits with our fishing. The worms we were using on this trip were Canadian Nightcrawlers, not much different from the nightcrawlers we usually buy, but there was a noticeable difference in their plumpness that seemed to attract the attention of the fish. The few times we’d used these worms we’d caught several other species of fish without even intending to!

At least half the drive home we discussed the differences, how the fish seemed to be biting better despite the weather and water temps being the same, how the other fish were just as interested as the bluegill (which doesn’t tend to happen for us often), and how noticeable the difference was. I commented about how it would be nice if we could get that brand of worm whenever we wanted to go fishing, but it just wasn’t feasible to drive an hour and a half to the gas station with “these” worms every time we wanted to fish. And then the lightbulb flickered!

We have been living in the same area, fishing the same waterways for about 3 years now. The local stores (all that are within half an hour of the house) carry roughly the same brands and breeds of bait. The biggest similarity: the worms are puny and small. The alternative: The absolute best, healthiest, fattest, strongest worms we’ve found (including all the other states and areas we’ve fished in) are being sold better than an hour away, and they sell out frequently. Our third option, that never seemed to work out for us, was to order online. Our problem with that is that you have to order well before you’re going to use them, you have to pay shipping/handling on top of the cost of the worms, you don’t know what condition they’re going to be in when they arrive, and (especially with current shipping issues) you can’t be certain of when they will arrive. (That’s why we are so thankful the products we supply and sell on line are not life dependent.)…As you can see, none of our options were ideal. 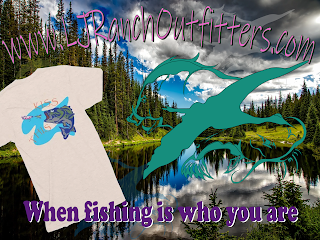 I had read and studied various subjects (crop cultivation, regeneration of nutrients for farm fields, food chain dynamics in various ecosystems, etc., etc., etc. back in my collage days) about nurturing worm populations and generating healthy worm crops. I even remembered looking into the possibility of a worm farm (like those ant farm kits kids used to play with back in the day) when I was a kid. –Mom wasn’t too fond of that concept though.– As an adult, I expanded my horizons a bit and raised lizards for  few years. Feeding all those little monsters was a bit expensive though, so AJ and I grew our own mealworms. We had that process down to a science in just a couple years (we were producing in excess of 40,000 new worms every 6 months even though I only went through about 200 a month feeding my lizards. With our backgrounds and experiences, it seemed to me, sitting in the jeep, thinking about how much we fish, that there should be a method to grow the worms we need without having to depend on the unreliable sources we have ready access to. 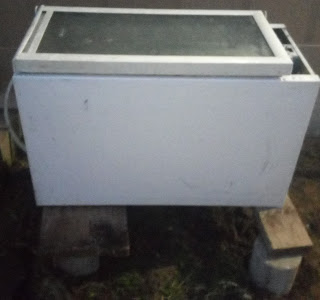 That’s when the thought hit me. We had brought my old incubator with us when we moved even though I was no longer raising lizards…Somewhere in the back of my head I was certain I was going to have a need for it someday, even though the door had been broken off during the move (be careful what moving company you hire when you move…but that’s a different story) and I had already removed all the heating components and shelves…I decided to create my own solution.

The Concept was Rather Basic

My old incubator was a converted wine fridge (chemicals and original motor dismantled/removed) so I knew it would be relatively well insulated which should–in theory–prevent it from becoming too cold or hot in the Texas weather as long as I kept it protected from direct sunlight. The mealworms had preferred oatmeal for bedding, but these were a form of earth worm so they would be fine in regular dirt which would be even cheaper and easier to maintain than the oatmeal was. If we could get them in a stable, nurturing environment they would be able to produce and live out a rather healthy life that would encourage them to reproduce and, in turn, provide us with all the worms we could need…In theory… 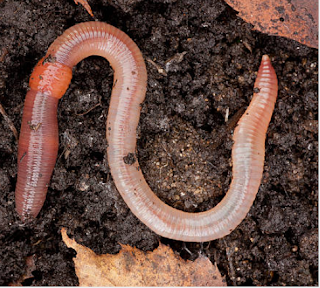 Planning Turned to Execution of a “Simple” Idea

So for step one I picked a spot close to the back door that would encourage me to remember to check on them each day, allow me to access water easily (as worms need a healthy amount of water), and keeps them out of direct sunlight for the most part. I had some foundation cylinder blocks lying around from an old project, and a couple planks of scrap wood that allowed me to throw together a quick elevated flooring for the fridge. I put it at a slight angle to ensure the entire bottom of the box would not pool with water if I accidentally over watered. I used a couple basic hinges to reattach the door. Then I was ready for the real work. 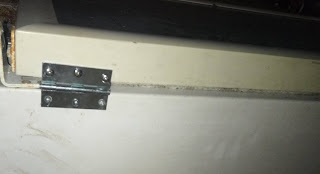 I got a couple bags of organic top soil from the hardware store. Had they not been limited on selection the day I went, I probably would have done a composting soil instead. My theory on that is that the worms are a natural soil composter and are in need of ample sources of nutrients to grow big and strong. For now, though, I am experimenting with top soil. I added some water, just enough that when I mixed the soil it stuck a little to my hand. I believe the worms probably could use a bit more water than what I have started with, but I do not wat to over water them during the current cold front we are dealing with. Speaking of, cold front, the first two days of the experiment included a very formidable freeze where temperatures dropped to about 30 each night in our back yard and yet the dirt stayed cool and consistent throughout both days. I found one, lone, worm box in the back of the fridge that still had 18 live worms in it so, on day 3, I added them to the soil. 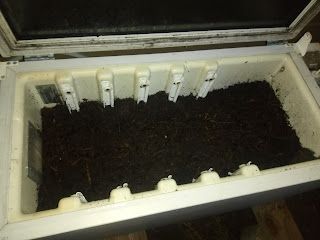 We are currently on day 5. The 18 worms are still alive and accounted for. The soil is still damp. Nothing has frozen or indicated decay.

AJ and I are huge proponents of using YouTube for research (of life skills types of studies). I have scoured videos over and over again. I have searched through homesteading, fishing, and ecological websites. Again and again I have noted the similarities between raising mealworms and nightcrawlers, so I am fairly confident my plan will not have to be tweaked too much.

The best resources I have come across are:

I plan to go get some more Nightcrawlers. My goal is to start with about 150 worms total. I am going to be adding a thermometer to the soil so I can just look through the glass on the door to check temperatures periodically throughout the day and night. When the temperatures start warming up I plan to drape a tarp above the fridge to create a bit of shelter from the direct sunlight that hits that area just to be an option on the hottest days. With it being a tarp, I expect to be able to roll it back to provide light/heat when necessary. The catch, however, is that these worms need dark and cold. Their ideal temperatures are in the high 60s F to low 70s F so they may need the shade all the time. I will have to go by what the thermometer tells me.

Based on the research I have done, the current plan is to:

Feed them kitchen scraps (salad trimmings only) once a week; clearing out the unused portions of food before putting new scraps in. As a side note, I have seen in a few places that coffee grounds tend to be beneficial to worms and soil nutrients so I plan to add used coffee grounds to the dirt once every month or two. 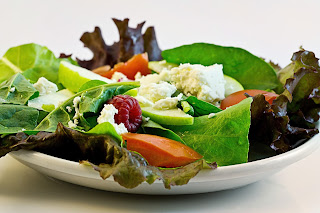 Add fallen leaves and twigs from our forest outings (about a hand full each month or so) to help with the decomposition/nutrients the worms need.

In about 6 months I will clean out the box, separate the adults from the babies (hopefully there will be some by then) and try to determine how many eggs are present.

I will probably need to locate a second fridge to start the “available for bait” box to make sure I don’t pilfer from my growth supply, but I have a little time before that becomes necessary.

I will update you soon as to how things are going and what I have found needs to be changed. Be sure to subscribe to get the notices on when the updates come out!